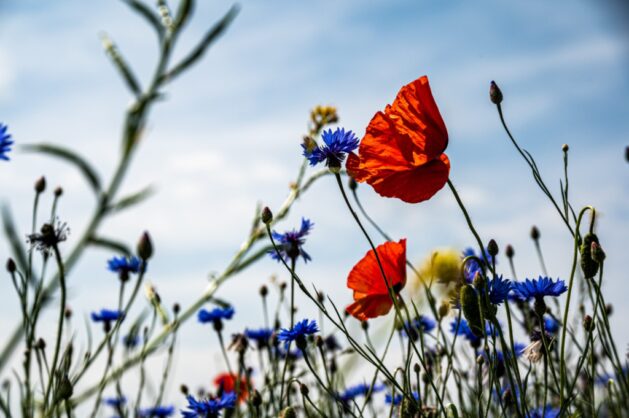 Environmental change impacts us through global warming and biodiversity decline. Both respond to each other, and right now, that feedback is negative. The planning profession has the tools needed to take up this call, and we must act as planners.

A new manifesto with a bigger vision

This new manifesto must address global warming and biodiversity decline. Both operate at scale, and the effects of each can be felt at the global and local levels.

At the local level, we deal with extreme heat through construction techniques. We use non-brick construction materials that don’t retain heat, incorporate brise-soleil into façades and locate bedrooms on north-facing elevations.

But whilst we can deal with the impact of extreme heat at the localised level, addressing the cause must be at the global, or the very least, national level.

Nations must accelerate their response, think bigger and adopt a national vision beyond project-by-project mitigation.

Countries must each put in place a national spatial plan identifying areas for protection and enhancement, all with the mindset of combatting our biodiversity and climate crisis.
With a national plan in place, we could accept some degree of local impact because we could measure the greater positive impact elsewhere.

This vision needs to come from the top down. The time for nebulous ambitions and soft targets is over. Across the built environment, we’re screaming out for leadership in the form of legislation and policies.

In the UK, recent legislative changes to biodiversity net gain reflect how pivotal biodiversity is to global climate and, therefore, our survival. But let’s be frank. If biodiversity improvement at the local level is to tackle environmental change, then a newt pond won’t cut it.

Countries will need to identify suitable areas for protection and create vast areas of woodland or peatland.

The problem is restoration projects that would make a difference cost millions to deliver. So, we’ll need to pool financial resources to achieve meaningful interventions. One way this can be achieved is via nationally-based taxation schemes.

We can only make the most effective response when we see things through a national or global lens.

A national plan would set the right context for what we are trying to achieve, identifying areas of opportunity for environmental improvements and, by omission, highlighting areas that can accommodate more intense development. Yes, there will be winners and losers. But we need to see the bigger picture. Otherwise, we will all be losers.

Rather than focusing on mitigation locally, such as our modest newt pond, it would provide the means for developer contributions to be pooled to fund bigger, more expensive restoration projects.

And it’s not simply about something being bigger and more expensive. It’s about being more effective.

Although peatlands make up just 3% of land on Earth, they store twice as much carbon as all the world’s forests combined. Funnelling developer contributions towards peat restoration 200 miles away, for example, would be far more effective, pound for pound, than on-site tree planting.

With a local approach to mitigation, our impact will always be limited. We need to take a step back from the local level and think laterally to see what would be most effective.

A national plan would remove local debate, which too often stymies progress.

The UK could deliver enough onshore wind turbines over the next two years to remove its dependence on Russia’s gas, yet its energy security strategy completely sidesteps the conversation. It is too much of a political hot potato.

When the local decision-maker must balance a proposal’s national environmental benefits against vehement local opposition, it’s easy to understand why only 11 planning applications for new onshore wind farms in England were approved between 2016 and 2021.

A national plan would alleviate this tension and get them built.

I’ve nothing against newts, but we can’t pretend that a new pond will have any tangible impact on avoiding environmental disasters.

Perhaps millions of ponds would, though. This brings me back to why we need to approach this problem at the right scale.

Planning can deal with both global warming and biodiversity decline. And many countries have policies in place to deal with them. What’s absent is a national spatial framework that spells out why these things are important and why they have to take precedence over local impacts sometimes.

With a national plan, we would lose an element of local democracy. That won’t be popular. But what if holding too fast to democratic values costs us the Earth?

If we climb out of the hole we’ve dug for ourselves, we’ll need to change tactics. We must take a step back and consider how we can have the most lasting and beneficial impact.

Mitigating the environmental impact of one scheme by investing in a peatland 200 miles away might sound absurd. But, as Einstein said:

“If the idea is not absurd initially, then there is no hope for it.”