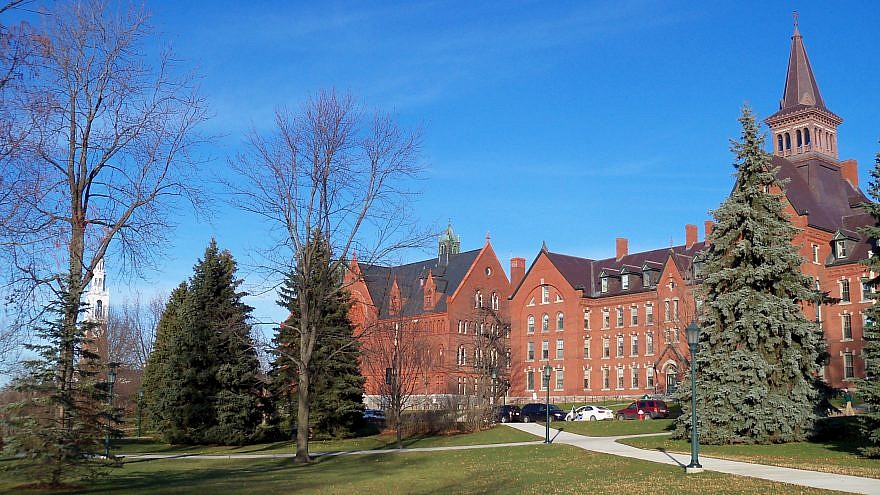 The United States Department of Education’s Office for Civil Rights opened a formal investigation into allegations of anti-Semitic harassment and discrimination at the University of Vermont on Tuesday.

The Louis D. Brandeis Center for Human Rights Under Law and the Jewish on Campus (JOC) group filed a complaint, alleging that UVM allowed a hostile anti-Semitic environment to foster on campus. The complaint accuses the university of violating Title VI of the Civil Rights Act of 1964, which prohibits discrimination based on race, color and national origin in programs and activities that receive federal funding.

In a Thursday response, the university’s president, Suresh Garimella, accused the complaint of painting the university “in a patently false light.”

According to the complaint, Jewish students have expressed fear about identifying as Jewish publicly and have considered transferring out of the school due to the anti-Semitic atmosphere.

The complaint noted that in 2021, a UVM teaching assistant (TA) threatened to lower the grades of Jewish Zionist students and repeatedly wrote messages on social media that promoted hatred against them. According to the complaint, the TA further encouraged others to vandalize an Israeli flag and bully and ostracize students who supported Zionism.

Also, in 2021, two student groups denied membership to Jewish students for expressing support for Zionism. The complaint says the Hillel building on campus was pelted with stones for nearly 40 minutes and vandalized.

UVM Empowering Survivors, a sexual assault support group on campus, announced on Instagram in the spring of 2021 that Zionist students would be “blocked” from the group, the complaint alleges. The student group added, “if you don’t support Palestinian liberation, you don’t support survivors. we follow the same policy with Zionists that we follow with those trolling or harassing others: blocked.”

The UVM Revolutionary Socialist Union (RSU), a student book club, said, “No racism, racial chauvinism, predatory behavior, homophobia, transphobia, Zionism, or bigotry and hate speech of any kind will be tolerated.” The group requires every RSU member to “pledge no to Zionism.”

All of these cases have been reported to the UVM administration, and Jewish students have met with administrators to share their experiences of being “harassed and harmed by the anti-Semitic environment on campus,” the Brandeis Center and JOC wrote in the complaint, which noted that the university has yet to take action regarding the incidents.

“The University of Vermont is permitting a hostile environment that marginalizes and excludes Jewish students for whom Zionism is integral to their Jewish identity,” the complaint says. “In doing so, UVM is denying equal access to educational opportunities and services to Jewish students based on their shared ancestry and ethnicity.”

Garimella, in his response, wrote, “While common wisdom dictates remaining patiently silent as we cooperate diligently with an agency’s investigation, I simply cannot do so. These public allegations and our community’s deeply held values call for a strong and immediate response.”

He claimed the university has “a proud history of inclusiveness” and a “strong and vibrant Jewish community,” calling the accusations “harmful.”

“UVM vigorously denies the false allegation of an insufficient response to complaints of threats and discrimination, as will be demonstrated in our response to OCR,” Garimella continued.

“Simply put, President Garimella fails to condemn the existence of significant antisemitism on UVM’s campus. And instead of summoning the courage that other university leaders across the country have shown in acknowledging the problem or offering support for Jewish students who are fearful about identifying publicly as Jewish, the UVM President’s statement doubles down and refuses to take responsibility,” they wrote.

The Jewish organizations accused the university of denying support to a targeted community and blaming the student victims.

“We support these Jewish students at UVM and elsewhere who have the right to openly express their identification with Israel without being shunned, marginalized and excluded from campus opportunities,” they wrote. “Every student at UVM is entitled to a college experience free from antisemitism and all other forms of discrimination. It is time for UVM to frankly acknowledge the serious concerns that have been raised and take concrete steps to address them.”

A survey of anti-Semitic incidents at North American colleges in 2021 reported that the University of Vermont had the most, with 58 reported cases.