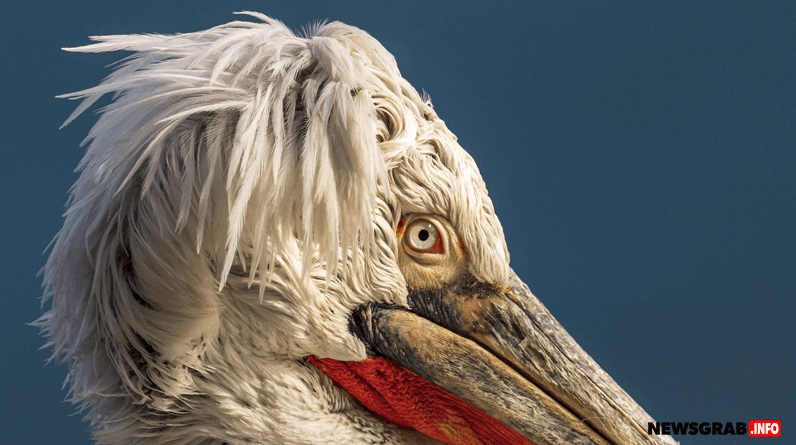 The staff at the Wildlife Care Center in San Diego is struggling to care for over 40 sick and starving brown pelicans. The birds were first spotted in Santa Barbara and then in San Diego. According to Elizabeth Wood, a veterinarian at the center, the animals were severely malnourished and were being brought to multiple wildlife rehabilitation facilities.

Wildlife biologists are trying to determine the cause of the sick and starving pelicans. Although it's not clear what's causing the birds to get sick, they're mainly starving themselves. After they're stabilized and triaged in the indoor facilities, the birds are taken outside so the staff can start working on improving their feathers.

According to Wood, the birds are eating a lot of fish. The good news is that most of them are responding well to treatment. However, he adds that it's not cheap to care for these animals. He said that the investigation is being handled by the Fish and Wildlife Department and other local agencies.

The cost of treating these animals is around $45 a day. Due to the number of birds that are sick and in need of care, the staff at the facility has to take in hundreds of these animals. This is a huge intake for us during the baby season, and it's also a busy time of year for us to begin with, according to Wood.

Sick pelicans have been showing up along the coast of California for many years. An article published in DailyBreeze on May 11, 2018 goes on to say:

Concern for Brown Pelicans that live along the coast of Southern California has been mounting as the number of sick and dying birds reported suddenly increased over the past week. The International Bird Rescue Center in San Pedro has seen a large uptick in the number of sick and dying birds being brought in. Rehabilitation Technician Devin Hanson left and Angela Trumbo examine a California Brown Pelican that was brought in Wednesday May 9, 2018.

The birds coming into rehab centers are significantly underweight and some are anemic. Pelicans feed on sardines and anchovies. While juvenile pelicans aren't unusual visitors to rehab, scientists say, this year's patients differ in that they're older birds that would typically not be having trouble finding food sources. A few of the birds have been dead by the time they reach the wildlife hospital, Clatterbuck said, while some others die soon after. Test results still pending on those carcasses may provide more answers in time, she said, about the cause. The pelicans are coming in emaciated and cold, said Devin Hanson, a rehabilitation technician at the San Pedro center. The numbers have doubled in just a few days.

An earlier news report in DailyNews dating back to 2010 stated: 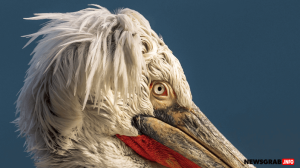 About 160 pelicans are getting treatment at the bird rescue center for starvation or frostbite, feeding on an estimated 4,000 pounds of fish each day. Many of the pelicans are bathed to wash off contaminants that have caused a natural protective seal to erode from their feathers. The birds generally become healthier after seven to 10 days, then get released back into the wild.

Other rescue groups in California and Oregon are either full or near capacity, said Peter Wallerstein, a marine animal rescue specialist with Friends of Animals. We're working hard to find other resources to get these birds help or we will see more birds dying, Wallerstein said. This is a crisis and a tragedy to the pelican population.

Over the past month, Wallerstein has spotted starving pelicans lying on roadways, along the beach and in front of homes. A long pole and net are usually needed to capture pelicans, but the birds have become so weakened that Wallerstein is able to walk up, grab their beaks and place them into cages.

They're really easy to catch right now, which is not a good thing because it just shows how disoriented and unhealthy they are right now, Wallerstein said. Researchers are stumped in finding a reason for the mass starvation and deaths among brown pelicans. The birds suffered frostbite and became weakened during last year's migration season, likely caused by storms in Central California.

Possible explanations for problems this year include water contamination, the rainy El Ni o season or changing ocean currents that have pushed food farther below the surface. That's the million-dollar question right now, Kelway said. No one really know why the pelicans are not finding the food that they normally would right now or why that protective coat is disappearing.

Biologists still haven’t made any conclusions, but they think the problem may stem from the pelicans food supply. They're going after sardines and anchovies, and kind of those fisheries sources, said Marek. They might not all being able to find enough fish to feed them.

It's the leading theory at this point. There are no signs of any other disease, or parasites impacting the pelicans. Marek says it doesn’t appear that other types of birds are being impacted by whatever is happening.

The U.S. Fish and Wildlife Service biologist says if you encounter an injured bird, call your local rehabilitation center, and they will come get it. And, she says never feed the birds, because they will become dependent on it.

The biologist says many of the birds brought to rehabilitation facilities have survived, but for some it was too late. The ill pelicans have been turning up from San Diego to the Bay Area.