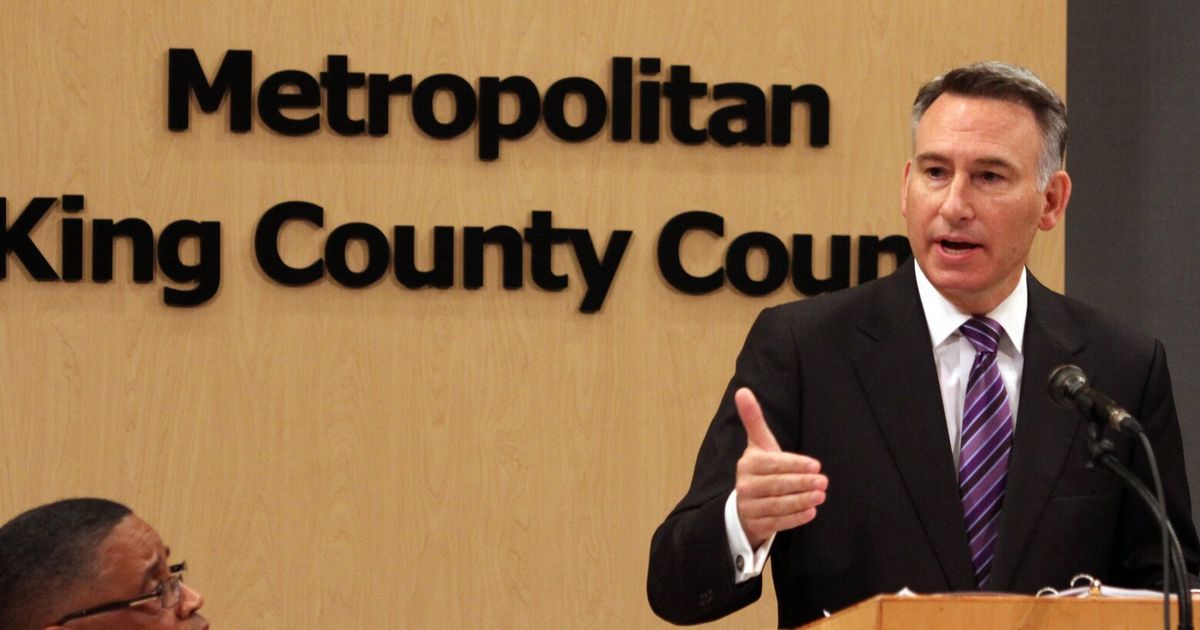 The Metropolitan King County Council unanimously approved a $16 billion two-year budget on Tuesday, making massive investments in housing, environmental, transit and public safety programs as they grapple with how to replace hundreds of millions of dollars of pandemic-era federal aid that has run its course.

While the County Council made some changes, the bulk of the approved budget represents proposals made earlier this fall by King County Executive Dow Constantine.

The budget represents a 28% increase over the county’s last biennial budget, passed in 2020. But that budget, passed in the early days of the COVID pandemic, was revised to add more money nine times. Public health needs skyrocketed, people lost jobs at record rates, and businesses required emergency support. It was also passed at a time of plunging tax revenue, resulting in plummeting economic activity due to the pandemic.

After those nine revisions are factored in, the new budget is a 4.8% increase over the previous one.

The new budget had to be passed without the $745 million in federal funding the county received in 2021 and 2022 as part of various federal aid packages passed during the pandemic. That money has largely either been spent or expired.

“The Council took a strong budget from Executive Constantine and made further investments in community safety and engagement,” Councilmember Joe McDermott, the budget chair, said. “Whether in the future you are looking to find affordable housing in King County, seek behavioral health support, or you’re riding Metro transit next year, you will see benefits.”

“This budget is a map of King County’s values,” he said in a prepared statement, “prioritizing investments in our environment, in prosperity, and in communities and populations farthest from opportunity, access, and justice — to make ours a welcoming community where every person can thrive.”

The approved budget, combined with a new collective bargaining agreement with the union representing sheriff’s deputies, means members of the King County Sheriff’s Office will begin, next year, wearing body cameras for the first time.

The county’s Office of Law Enforcement and Oversight, which provides independent oversight of the sheriff’s department, gained investigatory and subpoena power with the new collective bargaining agreement and will get funding for five new positions, including four new investigators. There is about $1 million for new programs in the county’s youth detention center.

The budget includes $220 million to electrify all 1,400 Metro buses by 2035. It includes $3.5 million, added by the County Council, to clean bus stops and transit centers and improve bus safety and rider experience.

The County Council added nearly $25 million for capital projects, including new community centers in the Chinatown International District and Fall City and a new United Indians of All Tribes Canoe Center on South Lake Union.

There is $166 million to fund affordable housing near transit centers, supportive housing operations and coordinated crisis response efforts to homelessness.

The council added $6.2 million to provide pay raises to homelessness and human services providers to keep up with inflation. The City of Seattle is currently grappling with whether to do the same.

“Essential workers shouldn’t have to struggle to pay their grocery bills or rent,” said Alison Eisinger, executive director of the Seattle/King County Coalition on Homelessness.

There is $29 million to rehabilitate culverts blocking rivers and streams and preventing salmon from returning to spawning grounds. Another $23 million would remove excess nitrogen and other nutrients from wastewater. And $70 million would go toward land conservation, buying and preserving what Constantine has called “the last, best” natural places, part of a larger program that voters approved in November.

The legislation leaves about 7% of the $2.3 general fund budget undesignated as an emergency rainy day fund.