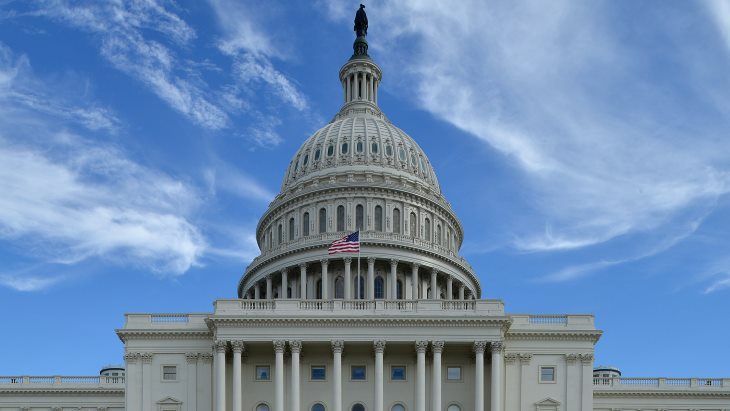 The US House of Representatives has voted to pass the Inflation Reduction Act (IRA), which is now headed to President Joe Biden to be signed into law. The passing of the wide-ranging bill, which includes support for existing and new nuclear, was welcomed by the nuclear industry.

The legislation – which the House of Representatives passed on 12 August in a 220-207 vote – includes provisions to tackle record inflation, lower healthcare costs, and increase energy security, paid for through corporate taxes, and outlines some USD369 billion in climate and energy investments, with multiple provisions supporting both new and existing nuclear energy. The US Senate voted to pass the IRA on 7 August.

“Today's House vote is a momentous milestone for clean energy legislation here in the US,” said Nuclear Energy Institute President and CEO Maria Korsnick. “The energy provisions in the Inflation Reduction Act signal that nuclear is essential to the transition toward a carbon-free economy that also provides long-term, quality clean energy jobs.

“The investment and tax incentives for both large, existing nuclear plants and newer, advanced reactors, as well as HALEU [high-assay, low-enriched uranium] and hydrogen production, set nuclear energy on a level playing field, ensuring that nuclear can form the backbone of a stable electric grid that also includes large shares of wind and solar.”

Korsnick added that the passage of the clean energy provisions in the IRA provides “confidence to invest in not only nuclear's present but its future as well, opening a bright path toward the next generation of reactors”. She said this extends beyond the USA, with countries abroad also looking to new nuclear to meet their climate goals and ensure their energy security.

“On its own, the Inflation Reduction Act is a triumph of scope and ambition that puts the American people before special interests,” said US Secretary of Energy Jennifer Granholm. “The law will unleash American ingenuity to deploy clean energy at a pace and scale that positions us to cut carbon pollution in half by 2030.

She added: “By enacting the Inflation Reduction Act alongside President Biden's Bipartisan Infrastructure Law and the CHIPS and Science Act, President Biden has put the nation on track to lead the global clean energy market. If we succeed, the world will take on climate change using technologies dreamt up by American innovators, built with American materials, and assembled by American workers.”