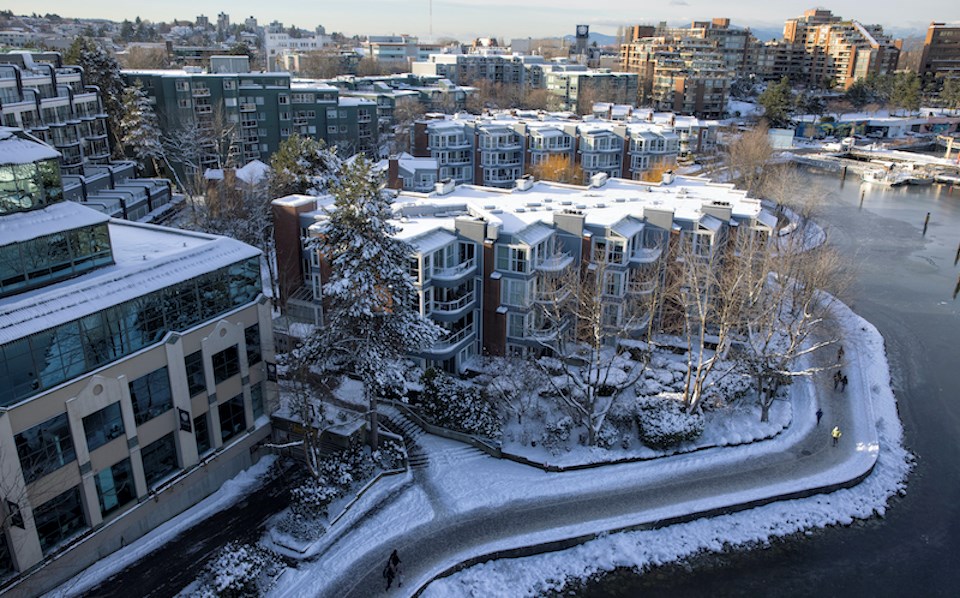 Metro Vancouverites woke up to some decidedly different weather on Thursday (Jan. 19) morning.

While a “strong low” has drenched the Lower Mainland with ample rainfall over the past couple of weeks, Environment Canada calls for a great deal of sunshine over the next several days.

But the sunny shift won't continue uninterrupted through the weekend in the Lower Mainland.

Environment Canada Meteorologist Bobby Sekhon told V.I.A. that colder weather is on its way to the region, bringing chilly overnight lows and even the possibility of some wet snowfall at higher elevations.

Although there won't be a “major” shift, locals should expect temperatures to feel colder overnight, as they could dip down to the freezing level on Friday night during the tail end of the wet pattern. The rain may mix with snow at higher elevations over 500 meters across Metro Vancouver, explained Sekhon.

The colder overnight lows should persist through the weekend but daytime highs will average around five to six degrees.

Heading into next week, however, a ridge of high pressure could bring some fog into the region making temperatures feel a couple of degrees cooler.

“Conditions are more favourable for fog early next week and it makes it harder for the sun to get through,” he said.

Will Vancouver experience another bone-chilling blast of Arctic air again?

While Environment Canada's models can estimate general patterns in the long-term Metro Vancouver weather forecast, weather anomalies, such as Arctic air, can only be predicted about seven to 10 days out.

But this doesn't mean that the region couldn't see another cold spell in February — or even in March. That said, the possibility of ultra-cold temperatures lessens heading into March as longer days warm temperatures up.

The national weather forecaster is calling for below-average temperatures in February, but there is always some fluctuation in the month, added Sekhon.

“It could be a bit of up and down during the month, and we could still have some cold weather,” he said.