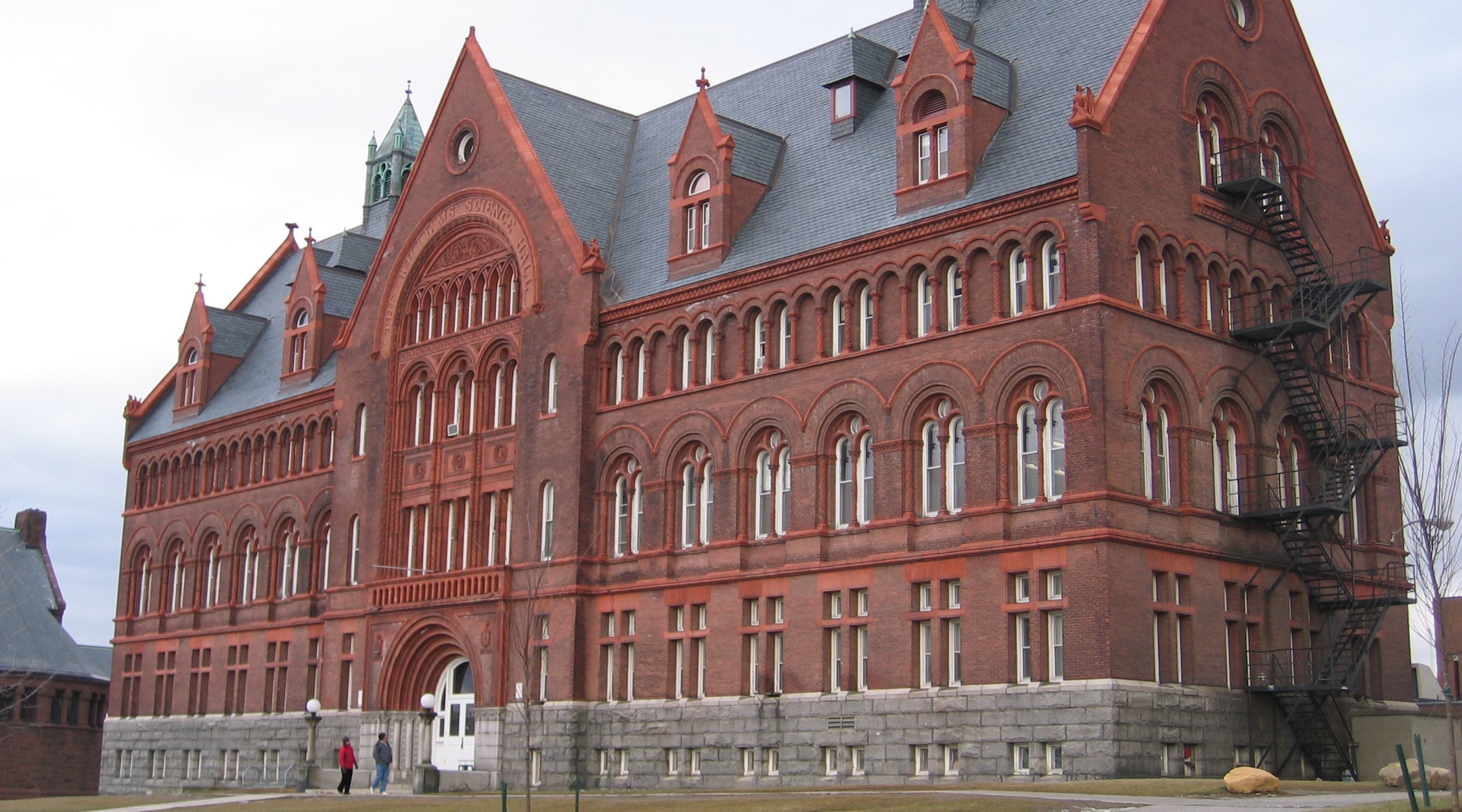 (JTA) – The U.S. Department of Education will investigate whether the University of Vermont allowed hatred against Jewish students to fester on campus, according to a law firm that supported students in filing a civil rights complaint against the school.

The latest investigation is in a series opened by the education department’s civil rights office into allegations of antisemitism on college campuses.

The complaint alleges that UVM violated its Jewish students’ civil rights by failing to respond adequately to multiple incidents last year, including individuals throwing rocks at the campus Hillel; exclusion of pro-Israel students from student groups; and social media posts by a teaching assistant about lowering the grades of Zionist students.

“We’re tired of not seeing anything be done,” Avi Zatz, a former University of Vermont student involved in the complaint, told the Jewish Telegraphic Agency.

Zatz transferred out of the university after his sophomore year due to what he said was an untenable antisemitic climate on campus. He attends the University of Florida and is a university action coordinator with Jewish on Campus. This college antisemitism watchdog group filed the civil rights complaint with the Louis D. Brandeis Center for Human Rights Under Law. This pro-Israel legal group often gets involved in campus legal issues.

Earlier this year, Jewish On Campus said UVM had the highest rate of reported antisemitic incidents out of all North American college campuses in 2021, according to its research. The group’s data were criticized by the left-leaning Jewish group IfNotNow for counting what it said was “student critics of Israeli policy” as antisemitic. However, Zatz told JTA that, even after discounting the incidents that could reasonably be defined as Israel discourse, the number of antisemitic incidents at the school remained high.

“Antisemitism keeps me awake at night,” Matt Vogel, UVM Hillel’s executive director, wrote in an email to parents this week as the new semester began.

Among the long social media posts highlighted by the complaint as contributing to a campus climate of antisemitism are examples of student groups rejecting students with Zionist viewpoints from joining. A student support group for sexual assault survivors, UVM Empowering Survivors, posted on Instagram that it would exclude Zionists, writing, “If you don’t support Palestinian liberation, you don’t support survivors,” and adding, “we have multiple Jewish-identifying members who are all advocates for Palestinian’s [sic] freedom.”

In addition, the complaint cited tweets from a UVM teaching assistant who pondered “not giv[ing] Zionists credit for participation” and praised a student who stole an Israeli flag from campus.

The complaint echoes another recent federal complaint filed in collaboration with the Brandeis Center last month on behalf of two Jewish students at SUNY New Paltz, one of whom identified as a sexual assault survivor who was also kicked out of a student-led survivor group — in their case after sharing a pro-Israel Instagram post. That incident was featured on a national CNN broadcast about antisemitism in America.

Such instances of exclusion are examples of antisemitic campus activity that goes beyond speech and into conduct that affects Jewish students’ academic lives, said Alyza Lewin, president of the Brandeis Center.

“When Jewish students are being denied equal access to educational opportunities, when they are being excluded from clubs and programs and opportunities that are afforded to all other students purely based on this integral part of their Jewish identity, namely their Zionism, that’s a form of harassment and discrimination that universities must take seriously,” Lewin told JTA. If they don’t, she said, “they, too, will find themselves the subjects of an [Office of Civil Rights] investigation.”

“The University is aware of the Department of Education’s Office of Civil Rights investigation and is looking forward to providing the agency with a full response to the underlying allegations, each of which was reported to the university in 2021 and investigated by campus officials,” a UVM spokesperson told JTA in a statement late Tuesday. The statement added that the university “seeks to foster a culture of inclusiveness for all students, faculty, and staff, including members of our Jewish community and does not tolerate acts of bias or discrimination related to religion, race, culture, gender, or sexual orientation on our campus.

In a statement, Vogel said the Brandeis Center and Jewish on Campus represented valuable support for Jewish students, and Hillel would continue to play a role in improving the climate at UVM.

“There is no place for hatred at the University of Vermont, and we look forward to continuing working together as a UVM community toward a campus climate that makes all students feel safe and welcome on campus,” Vogel said.

Burlington, the progressive bastion where the university is located, has been a flashpoint for Israel debates in the past year, including a near-vote on a Boycott, Divestment, and Sanctions resolution last fall. The resolution’s sponsor pulled the bill, citing concerns about antisemitism. Vogel and a Jewish UVM contingent were present at the debate, which the Hillel director described as a time “when I felt an existential threat as a Jew.”

The city, which has a Jewish mayor, is also the headquarters of ice-cream maker Ben & Jerry’s, which has been engaged in a yearlong legal battle over its board’s intention to stop selling its products in the West Bank.

At least a half-dozen investigations into campus antisemitism have been launched since the Trump administration instructed the Department of Education to include antisemitism under its civil rights purview in 2019. The most recent example was at the University of Southern California, where an investigation launched in July over the campus’s treatment of a Jewish ex-student government leader.

This article originally appeared on JTA.org.