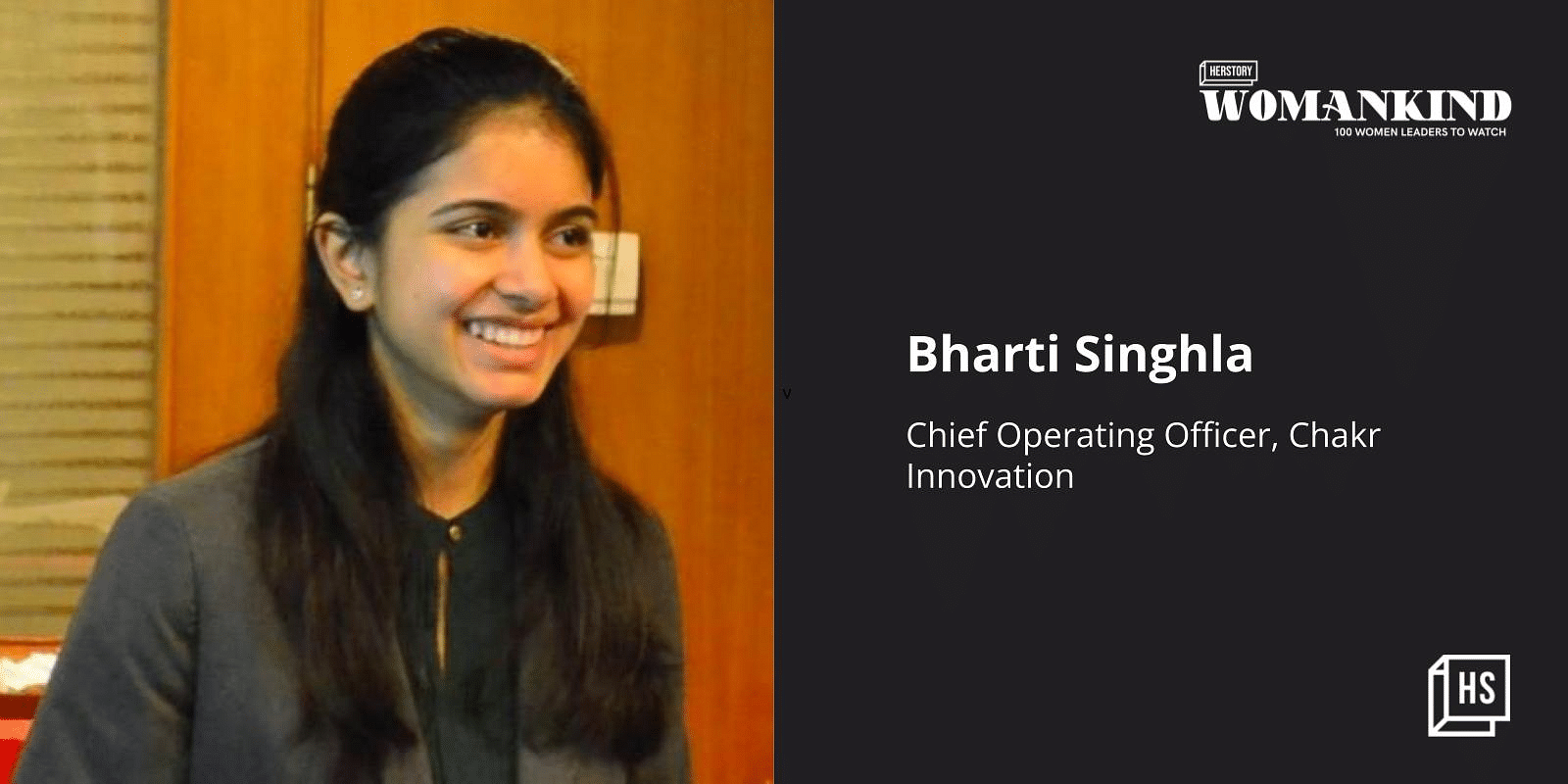 Bharti Singhla was appalled by the pollution and traffic that seemed to be a given in most Indian cities. Hailing from a small town in Himachal Pradesh, she believed that the clean and pristine surroundings she grew up in were what every city and town – and their people – deserved.

“Air pollution was a problem that was coming into the limelight, but nobody was aware of what the sources were or what the solution could be,” says Bharti, reflecting on the state of the environment back in 2015.

This realisation shaped her journey to joining environmental startup Chakr Innovation, a renewable energy semiconductor manufacturing organisation, as COO. At that time, Bharti was a part of the Boston Consulting Group (BCG).

Knowing she couldn’t rest until the problem was nipped at the bud, Bharti focused on Chakr Innovation.

“When I was at BCG, I was still thinking about what I could do to create an impact on the environment,” Bharati says.

Soon after, she met Kushagra and Arpit, searching for startup opportunities, and everything clicked!

The startup functions on the ground, attempting to stop pollution from occurring right at the source, with a team comprising engineers and innovators passionate about using technology to tackle environmental problems.

Chakr’s first product, Chakr Shield, deals with the problem of unrestrained emissions from diesel engine generators. It is an emission control device that works in line with its mission.

As a hardware manufacturing startup, the team faced difficulty scaling and slow changes, resulting in struggles during the initial stages.

The first two years went by in R&D, testing, and pilots. Post product production, acceptance in the market space was another challenge.

The process, however, was smoothened by a support system comprising college seniors who liked the idea, and angel investors, who were up for funding the company.

The company has around 120 installations across the country. It is collaborating with some multinational companies and corporations across six Indian states.

Reflecting on how women in tech are a small group, Bharati comments on her journey and life at Chakr, saying, “I’ve been very privileged because even though I was a single girl child, my parents did everything they would have for a boy. Chakr is a fairly young team, so those biases do not exist within the company.”

Bharati has, unequivocally, come a long way. Her advice to women entrepreneurs is to understand their strengths and weaknesses. Once they know themselves better, the room for personal and professional growth becomes “all the more pronounced”.